In Defence of Post-Secondary Education

Decreasing government funding, rising tuition fees, increasing dependence on private funding and increasing precariousness of work in the post-secondary education sector are all of great concern to our members. With our allies, CUPE 3912 collaborates on research, polling and lobbying issues to ensure that post-secondary education remains an accessible public service providing secure and stable employment that guarantees academic freedom and the best conditions for learning, teaching and conducting research.

Through our involvement in the CUPE National PSE Taskforce and the Nova Scotia PSE Coalition, CUPE 3912 is hard at work defending the interests of the post-secondary education sector nationally, provincially and on our own campuses.

In Defence of Unions

The Harper government and other politicians across the country are promoting changes to labour laws that would lower wages and benefits, harm pensions, hurt unions and create even greater imbalances of power and wealth in society.

Through campaigns coordinated by the Canadian Labour Congress, the Nova Scotia Labour Federation, the Halifax-Dartmouth & District Labour Council and other labour organizations, CUPE is mobilizing in defence of unions and society.

In Defence of Employment Insurance

More and more workers across Canada – including CUPE members – are being hit by the devastating changes to Employment Insurance introduced by the Harper Conservative government. The labour movement must increase the pressure on the Harper government by showing the real impact of these new rules.

That is why CUPE is now working with the Canadian Labour Congress to broaden the movement against EI reform from sea to sea to sea. 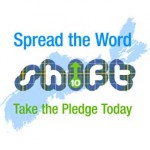 Altogether Nova Scotians spend $20 billion a year. By shifting just 10% of that spending to local goods and services, we can provide a substantial boost to Nova Scotia’s communities. 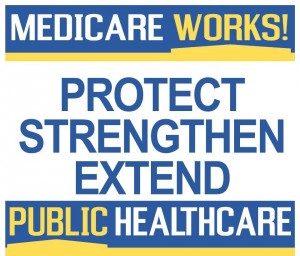 CUPE is a proud partner in efforts to stop the privatization of the public health care system, ensure high levels of care, and create a forum for people and communities to discuss issues in health care.

CUPE National coordinates campaigns across the country through its locals spread over all provinces and territories.

The Canadian Labour Congress represents the interests of more than three million affiliated workers in every imaginable occupation from coast to coast to coast.

The CLC is the umbrella organization for dozens of affiliated Canadian and international unions, as well as provincial federations of labour and regional labour councils.

There are no upcoming events at this time.